About this time of year, I often get asked by runners to suggest or design a training plan to take them through the winter and get them ready for spring racing. While I will reluctantly create a schedule for someone who really wants it, laying out suggested miles for each day over several months, I always deliver it with the message that the details don’t matter. Whether or not they do exactly 4 miles on January 4th or 6 x 300m pickups on February 6th won’t make or break their fitness come April.

What matters is not one day, but every day. Consistency is the key to being a better runner in the new year. Instead of a schedule, all they really need to do is follow the advice of Steve Kartalia, a lifetime competitor who once ran a 2:18 marathon and can still crank out a 1:16 half at age 51. “I want to run most days. I want to run hard on some of those days,” Kartalia told me when I interviewed him for my book, Run Strong, Stay Hungry. 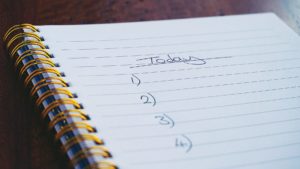 Kartalia credits his relaxed attitude as one key to his long-term success. “This has helped me avoid having running seem like a chore, something I had to check off a list,” he said. “I did it when I felt like it—which was almost all the time—but I didn’t feel like I had to follow super rigid guidelines.” More important to his success than his lack of training structure are the phrases buried in his description: “most days,” and “almost all the time.” Kartalia runs consistently, and that has made all the difference.

In Tim Noakes’ classic book, Lore of Running, he cites the first law of training as, “Train Frequently, All Year-Round.” Year-round doesn’t mean we don’t take days off, or even a week here and there. It does mean that we never detrain so much that we have to start over with each new cycle. When we have to start over, we either increase too quickly and get injured, or we fail to improve from the last go ’round.

We hear a lot these days about how each run should have a purpose; that we need to either be training hard or recovering. That advice is good and important, especially when we’re increasing our training load as we work toward a goal. But too often, after the program is over and runs no longer have a purpose in the context of a structured program, we revert from running everyday to zero, or an occasional run on a sunny Saturday, until we crank it up for the next race training plan. 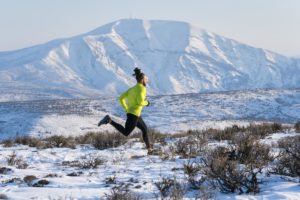 We seem to have forgotten the value of the daily run. “What is really required is a little exercise constantly; this will benefit you permanently to a far greater degree than single heavy dose at long intervals,” Noakes wrote. The first stage of training is the process of building a new baseline, a default level of exercise that creates no stress. You don’t have to recover from these runs, in fact, you feel off any day you don’t run this much.

The simple truth about running is that excellence and enjoyment start with familiarity. You get good by first making running normal to your body and mind. It becomes a habit, an expected part of each day. “It’s like eating. It’s like breathing. I can’t not run,” says Robin Emery, a Maine school teacher who started in 1967, has won hundreds of races and still runs every day at age 71.

One secret most people don’t know is that the more often you run, the easier it gets. Rather than something extra and tiring that you add to your day, it becomes energizing, something you look forward to. You end each run wishing you could go farther. “It’s easier to run 50 miles a week than 20 miles a week,” points out author and lifetime runner Scott Douglas. The consistency makes you stronger and your stride smoother, which makes each run easier, which makes getting out for the next run easier, in a self-perpetuating cycle.

Elite runners build to a level where 60 or 70 miles a week is expected and easy, a recovery from harder training. From this level they can reach heights of 100-plus mile weeks that allow them to race at mind-boggling speeds. If they had to start from zero, they’d be trashed in a few days. Most of us don’t have time or talent for that amount of running, but the higher we can make our base, the higher we can build off of it. 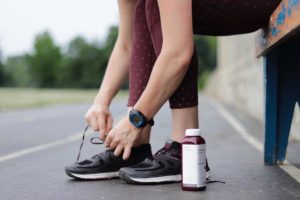 If you really want to improve as a runner, you don’t need a training program from me or anyone else. As a new year rolls around, make your goal consistency. To be ready to reach new heights come spring, build your base. Establish a new normal where you run most days, at a level that feels right, where each run is easy and you wake up looking forward to the next one. Make it so consistent it happens whether or not you’re tracking your miles or officially training for anything.

Once you’ve established a base, you can gradually build to a higher one, adding miles over the course of months as your body tell you it is ready, being careful not to give into the temptation to run so hard your feel compelled to take the next several days off. By all means run fast some days, whenever you feel moved to do so: sometimes short sprints, sometimes longer bursts, sometimes the whole run at an invigorating tempo. Variety keeps you healthy, makes you faster, and it is fun.

But, regardless of the pace or distance, most days, just run. Because it is what you do. Because you are a runner.

On days you don’t run, consider wearing our Rekovr shoes to get the most our of your recovery days.

The Whole Athlete is a monthly running series written by Jonathan Beverly and brought to you by Topo Athletic.  We aim to deliver advice that serves the whole athlete, from training and recovery to nutrition and psychology.

Jonathan Beverly is author of Your Best Stride and Run Strong, Stay Hungry. A lifetime runner, his passion is to help others experience the joy of training, competing and being fit and fully alive.

He served as editor of Running Times from 2000-2015 and has coached runners of all ages and disciplines.