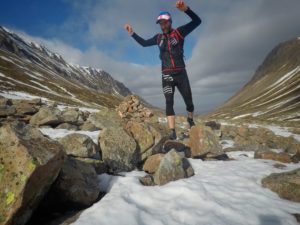 Last year, ultrarunner Paul Giblin raced his first Western States 100 with a spectacular fifth-place finish. Now he’s back for another crack at the podium and feeling even more prepared than before. Topo’s PR Manager, Kristine David, chats with Paul about what he learned from his experience last year and how he’s preparing to tackle the course again on June 24.

K: Alright Paul, for starters, what are your sentiments going into this year’s race?

P: Last year worked out well for me, even though I didn’t quite hit my pre-race target time. It was a tough day with it being so hot, and we saw the impact of that throughout the day and into the evening – with some of the ‘favourites’ barely hanging on in the last few miles.

So with that being my first Western States, I’ll at least know what to expect this time when we hit the Canyons on the hottest part of the day.

I won’t lie: I’ll be nervous. It’s a very important race for me. The biggest of my season. I’ve set some expectations so inevitably I’ll feel some pressure to perform well, but I feel it in most races and you just have to get yourself to the start line healthy and fit, trust your training and deal with whatever happens on the day. There is a lot you cannot control, so you have to be prepared to adapt your plan and make the best possible decisions when required.

It’s a fantastic race with a great history and always has a stacked elite field, so for me it just doesn’t get any bigger and it cannot fail to raise excitement levels even weeks out from the start of it.

K: What are you most concerned about?

P: Snow! Yup, it’s stressing me out a little bit. Tahoe had a lot of snow this winter. I arrived a few weeks ago just to get 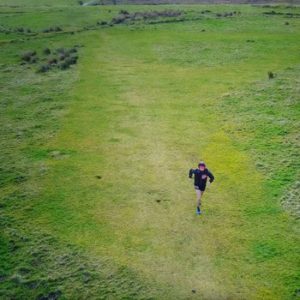 some training time on the course and on the trails around Tahoe. I was also planning to get some good elevation, but this side of the course still has deep snow for many miles. I recently headed to Squaw (the race start) just to run some hill reps on the first part of the course, but there were people skiing through the start line area. I kid you not! There were blue skies and warm sunshine, but I looked very out of place in split running shorts and a running vest among the ski and snowboard crews!

K: What are you looking forward to the most?

P: The obvious answer would be the finish! Sometimes you want it so badly in the race that you have to work hard just to focus on the moment. I loved the start last year though. Not all the preparation, the registration, standing on the line or the final countdown from 10, but the next few minutes as you climb out of Squaw and away from the crowds. You can’t do any more prep at that point. The train has left the station and you can just settle into your running and start to appreciate the spectacular stage that you find yourself on.

K: Now that you’ve experienced the course first-hand, what is your strategy for this year?

P: Can’t say too much about that, but I’ll have a pace plan and I’ll try to stick with that. I think it’s important to protect yourself in at least the first half of the course. A lot of the tricky stuff – the climbs and long descents happen before Foresthill at around 60 miles, so getting there in good shape still gives you a lot of time to chase people down.

K: Are there aspects about your running or training that you’ve modified this year in respect to what you learned from running the race last year? 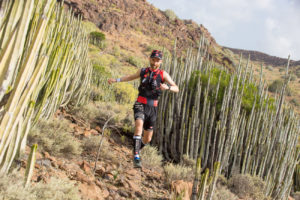 P: Yes. Last year highlighted some weaker areas for a course like this and I’ve deliberately designed and completed a number of sessions to help to develop my ability to sustain performance levels. I also had some great support from my strength coach in Glasgow (Scotland) who pushed me hard to strengthen any weak areas.

I’d like to have done more heat training, but that’s a challenge in itself when based in Scotland.

I also chose to race more this year than I did before WS in 2016. As well as racing some shorter ultras, I was really keen to get a tough 100-miler under my belt before heading out to California, so I raced at the 100 Miles of Istria (an Ultra Trail World Tour race) in Croatia in April. I had a great time out there on a tough course and finished on the podium so I feel I’ll benefit from that when it starts to get tough out there. I hope so anyway.

It also gave me the opportunity to really test out the Terraventures on some rocky and technical terrain (at points) and across 100 miles of racing. They were great and I’m really happy that I have the right shoe for the Western 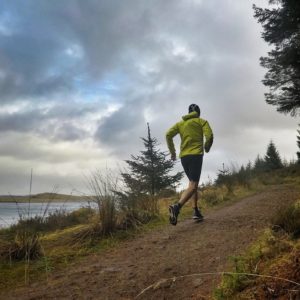 K: What is your favorite Topo shoe?

P: That’s a tough one. I love the MT-2. It’s really light and responsive and it’s great for the warm dusty trails you find in many parts of the US. I wore MT-2’s last year at Western States, but with the launch of the Terraventure (which has that same responsive feel), the added rock-plate will certainly be useful in the first 30 miles as we run across some of the rougher Wilderness areas.

Paul is also a running coach and “runtographer” with a knack for capturing beautiful shots wherever his running adventures take him. Follow his journey to Western States 100 and beyond via his Instragram (@pyllon). You can also take part in Topo’s #goingthedistance challenge found on our Instagram page (@topoathletic), featuring Paul Giblin, for the chance to win a pair of his favorite shoes: the Terraventures!