“Urban-dwelling hill seeker” partners with Topo for the 2017 race season and another crack at the most competitive 100-mile race in the U.S. 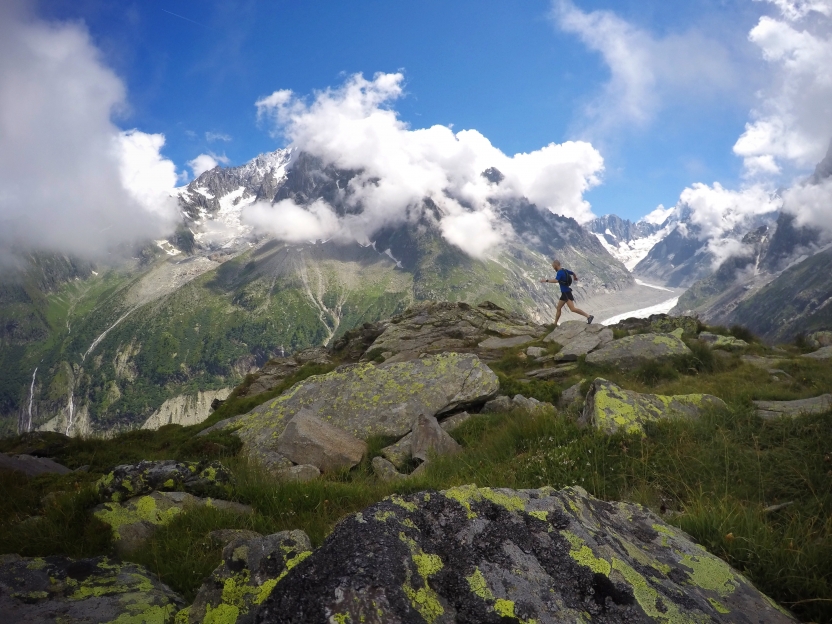 Following Paul Giblin on social media is like being transported to a magical place – one can easily see why the mountains are his calling. But despite the fact that Paul has won the West Highland Way race (the UK’s equivalent to the Western States) three times in a row – breaking the course record each time – and the Javelina 100 in 2015, running didn’t come into his life until about 10 years ago. In fact, this former mountain bike racer only ran three 10K races before his first ultra!

Despite his “late start,” Paul is one of the most competitive professional ultrarunners on the trail running scene today and we’re thrilled to be partnering with him to make 2017 another great year as he focuses on an even stronger performance at the Western States 100.

“I had a strong result in my first outing there last year, and feel that I can run a better time. It should be an interesting one this year with the huge snowpack at the Squaw side. I suspect it’ll be just as hot in the canyons though!”

“Developing an efficient running style was always a focus for me when I first started running longer. It took me a long time to transition from a ‘normal’ running shoe to something more minimal and natural. I found this made me a much better runner, but it then became a challenge to find a shoe that would support a more natural running style, but also offer some protection for those 100-mile races. So far I’ve found that Topo have the most natural fit of any running shoe I’ve tried: they’re lightweight, but give my feet a level of protection on rocky trails whilst still giving me the ground feel and feedback I need. I’m genuinely excited to see where it might go and the partnership approach feels really good – working directly with Tony Post and his team means I get to understand the ethos and direction of Topo, and they get honest real-world feedback from me – from the day-to-day training runs to the gym work and the big races.”

Check back here for regular guest posts from Paul as he counts down to his big race day on June 24. Welcome to the team Paul!

Paul is an elite trail runner and professional running coach that has tackled more than 30 ultras. He also turned vegan more than 5 years ago and has never looked back. Follow Paul’s adventures and tasty vegan recipes online at pylonultra.com or on social: @PYLLON on Instagram, Twitter and Facebook.
Previous Post
Move like a Tiger
Next Post
Good Luck Boston Marathoners!